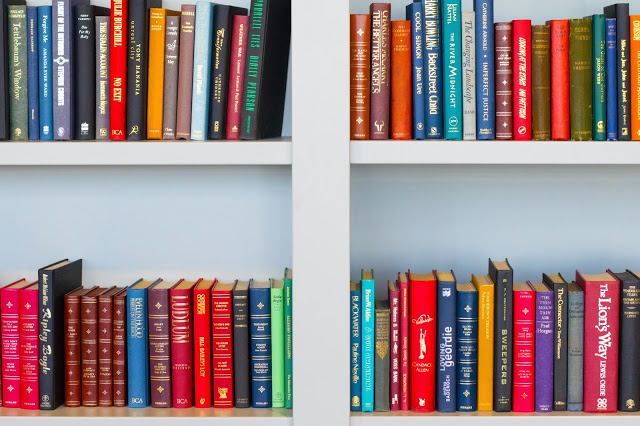 Three Book Series To Start Off My Year

(Photo by Nick Fewings on Unsplash)
I can’t believe that I have finished 12 books already this year. Good series are my weakness especially if the whole series has been published and the library or kindle unlimited has them available.  Some people binge watch a show; I binge read. My resolution of reading more nonfiction was forgotten as I wanted to find out what happened next in my series.  Maybe next month I will do better.

I read three different series so far this year. They were all different genres, but each had well-developed characters that soon became friends.  On our evening walks, my husband and I talk about what we are reading.  Sometimes when I become too invested in the character, my husband will remind me that the character is fiction. Oh well….

What series did I read?

What would you do if God told you to go buy a Harley?  Meet Allison and follow her as she buys a Harley and keeps following those nudges resulting in a ministry to those who are broken and forgotten.The second book Unexpected Dismounts continues the adventure as she and her friends find out what it means to wash someone else’s feet. Then in the last book, Too Far to Say Far Enough Allison learns to live out walking the extra mile even if it is walking the extra mile for someone who is doing everything to ruin her.

What did I like about this series?  Allison’s obedience led to serving even in her brokenness.  God gave her what she needed each step of the way including those to help her heal some of the wounds that she had been carrying around.  I also liked the idea in the last book of loving the extra mile. I have been thinking of how I can do that with my husband, students, and team.

This was set in the time of stagecoach inns and centers around three ladies actually four who live in Ivy Hill. It follows them as they find their purpose in life and as an added bonus true love.  The Innkeeper of Ivy Hill follows Jane who has inherited an inn after her husband’s tragic death. What does she know about running an inn?  Can she save the inn and help her staff keep their jobs? The Ladies of Ivy Cottage continues the story of Jane’s two friends, Rachel and Mercy. After the death of her father, Rachel has to move in with Mercy and her aunt.  The only thing she inherited from her father was a bunch of books. What is she going to do with all those books? How can she provide for herself?  The Bride of Ivy Green wraps the series up as Mercy’s school is closed and she has to figure out what to do next?  All three ladies have decisions to make as this series comes to an end.


Now to my favorite series of the year so far….

This fantasy series is set in 7 kingdoms threatened by the empire. Each kingdom is given a gift to be used for the good of all. The gifts range from being able to control water to healing to courage.  The trouble is that kingdoms are not united with some traitors in their mix. The story mostly follows Selene of House Ravenwood, a dream walker and Damien of House Maris, a water welder, as they try to bring the kingdoms together, fight against prejudice, and let the Light work in and through them.


I loved the story of transformation, forgiveness, and doing the right thing because it is the right thing.  We were able to enjoy this series as a family as my husband, daughter and I all read the books at relatively the same time.


What is your favorite series?

2 thoughts on “Three Book Series To Start Off My Year”