A month ago, I volunteered to be a reviewer for Bitter Winter, the 5th book in a Christian fantasy series called Ilyon Chronicles by Jaye L. Knight.  The trouble was that I hadn’t ever read anything by Jaye L. Knight before which also meant that I had never read the first four books.  My husband and I started on the series just as I was coming down with a nasty cold.  Being down with a cold is no fun, but the bright side was that only thing I felt like doing for a week and a half was reading.  Reading was a perfect way to ignore cold symptoms as I entered another world where believing in Elom is a crime, where a resistance is forming, and where giants, dragons, and valor still exist.  I am happy to say that I was excited to find a series where the characters charmed their way into my heart, and the plot kept me guessing what would happen next.


In Resistance, I met twins Kyrin and Kaden and also Jayce who is half Ryrik.  I cheered prayed as each of the main characters figured out how to take a stand for what they believe even when faced with death.


In The King’s Scrolls, I was introduced to the Crete people and their dragons as they teamed up with some of the resistance to help rescue the King’s scrolls.


In Samara’s Peril, I read to see if Samara would fall or defeat the Emperor who is wanting to take over.  Will the resistance be able to help or was all lost?  I also was on pins and needles as Jace struggled with if he had a soul and if he was worthy of Elom’s love.


In Exiles, I watched as part of the Resistance traveled to other lands trying to gain support for the cause before the emperor invades, and it is too late.  I even got a peek at what was happening in the Emperor’s family as they dealt with their own issues.


Then Bitter Winter.  The winter is cold.  Food is scarce.  I wasn’t sure if the resistance will survive til spring with the threat of attack and a deadly sickness that could wipe them all out?  Can they survive?  Warning: Have Kleenexes nearby when reading this book.


Just in case, you didn’t get enough in the first five books, Jaye has a novella called Lacy which tells the story of a girl you meet in Bitter Winter.  It is a fun aside that is not too long but is a great story of forgiveness, love, and redemption.

Have you ever fell in love with the characters from a series and just wanted to know one or two more things?  Did they finally get married?  What did life look like a few years later?  Last year I feel in love with the characters of the Blades of Acktar series by Tricia Mingerink.  She ended her series well, but I was sad to say good bye to my new friends, Leith, Shad, Renna, Brandi, and Martyn.  So when I heard that there would be a book 5 called Decree, I was excited to find out what happened next.  This is not like her other books but is a compilations of novellas that fills in the gaps and gives stories of the characters’ lives after the war.  It gave me extra closure to the series with the addition of a smile or two.  I especially liked reading this type of book during this Christmas season when I knew I could have a stopping point but come back for the next story soon.

If you have not read the Blades of Acktar, check out my review of this series here.  You will want to start there before checking out the latest called Decree.

I was given an advanced copy of Decree, Bitter Winter, and Lacy in return for my honest review.  Also affiliate links are included in this post.

Interested in more about these books, check out the blog tour here.  Or for giveaways, check this out. 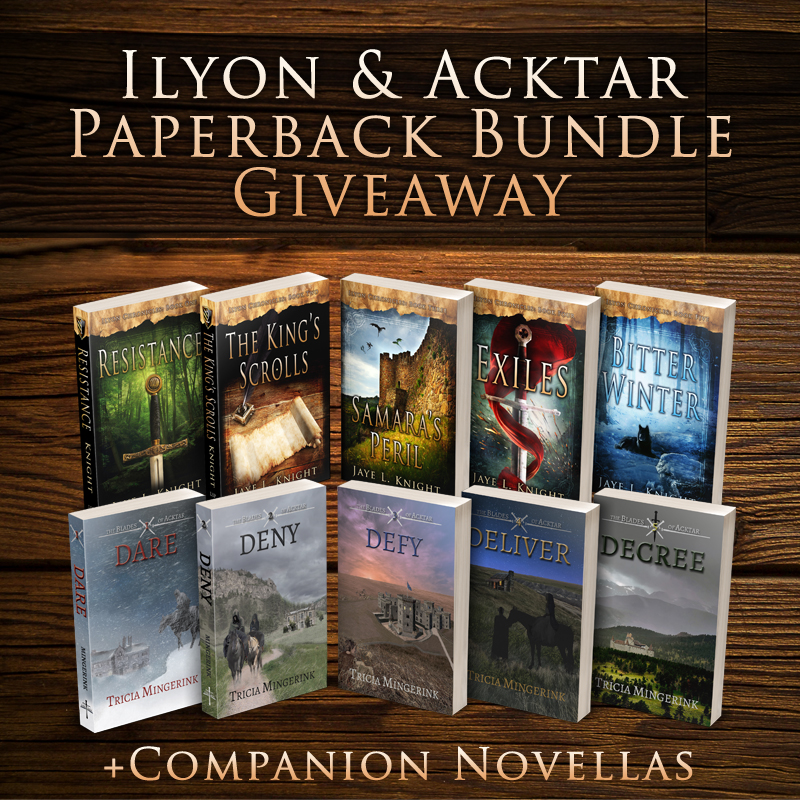