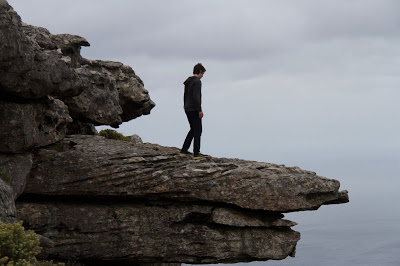 As I enter my fifties, I am hoping this decade will be different.  At first I thought I wanted to be fearless.  Maybe it was all the super hero movies this past year like Wonder Woman or Tomb Raider.  Or maybe it was the awesome women on my team who have battled in dark and hard places and who are as tough as nails.  The problem with being fearless is that it sounds like I want to jump out of airplanes or take on the world all by myself.   What I really want is to fear less.


Fear can be a paralyzing thing whether it is caused by health issues, the world going to pieces, or your own insecurities.  For me, my fear has centered on the last one.  Do I measure up?  Am I a good mom?  Should I have done something different?  Should I make that phone call?  What if they don’t want to get to know me better?  Am I reaching out enough to those around me?  Do I talk too much?  The questions and analysis can be exhausting especially when fear is behind them.


The trouble is that I look horizontally when I need to look vertically.   Stacey Thacker, a favorite author of mine, says we are having the wrong conversation when we focus on ourselves instead of focusing on God.  In her new book, When Grace In, she writes “The answer to the question Who am I? isn’t bound up in you at all: it’s a treasure buried within the heart of your father.”


According to some sources, there are 365 “fear not” verses in the Bible.  I need to “fear not” but it doesn’t come naturally.  I can’t do it on my own.  The good news is that God doesn’t expect me to do it on my own.  In Exodus, Moses tells the people to not fear because God will fight for them.  It isn’t a matter of being brave, but of trusting in the God who just brought them out of Egypt.  In Joshua, the Lord tells Joshua to not tremble or be dismayed.   Is it because he was a leader now and needed to act like one?  No it is because the Lord would be with him wherever he went.  Jesus in Revelation 1 even tells John to not be afraid because He (Jesus) is the first and the last.


How would my life look different if I lived remembering that God goes before me, is with me, and lives in me?  What would it look like to abide in Christ daily?  I may not be fearless but I would fear less.