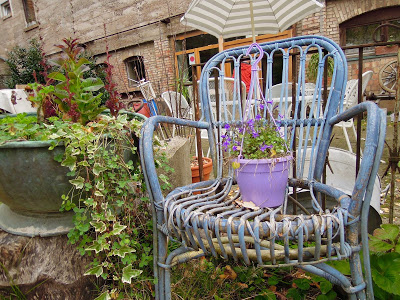 Often my reading will go in spurts.  I will read a lot of one type of book such as historical fiction then all of a sudden I will be reading book after book of fantasy.  It depends on my moods, what’s on my kindle, and what is available at the library.  This past month I read mostly young adult books that would be considered fantasy or dystopia.   So  It thought I would join in on Modern Ms Darcy’s linkup featuring books read this month.

So what did I read….

This was a quick, easy read while I was traveling at the end October.   Calliope is a teen who has a great sense of physical direction but is not sure where her life is headed.  She is also a middle child and often feels unimportant.  After finding a mysterious object when she is out surfing, Calliope searches for answers which lead her to a man some would call crazy and a dark man who is after her mysterious object.  What follows are big decisions on who she is and what she should do to save those she loves.  Up next in the series is…

My husband enjoyed this series so I thought I would try it out.  Mix a modern day scientist with Arthurian legends, and you get a fun combination for a story.  Peter is a smart teenager whose boredom at school gets him in trouble when he does random experiments that sometimes cause explosions.  His father is a physicist who is on the edge of a breakthrough but sometimes seems a bit crazy.   Lily is the new girl at school who is fascinated by Peter and his father.  A car accidents catapults Peter and Lily into a world different from their own where they become involved in fighting against the Shadow Lord.  Who is the child of prophecy?  Will good win?

Note: The first book in the series is currently only 99 cents.

3. The Giver Quartet by Lois Lowry

One of my students is scheduled to read The Giver this year.  So I decided to watch the movie so I would have an idea what the story was about.  My daughter had been talking about reading the second book in the series so after watching the movie, I decided to check them out-all of them.  It was a fun reading binge.

The second book is Gathering Blue.  This book is set in a different location from the first book.  Kira is a girl with a lame leg.  It is miracle that she is still alive considering that her town does not tolerate weakness.  But Kira has a gift that the town needs.  The book centers on Kira as she struggles to survive then is blessed with this new role.  It shows her growth as she finds out secrets that need confronting but how best should she do that?

The third book is Messenger.  This book is set in a village that takes in all those who are broken and need a place to go.  Matty lives with the Seer who is blind.  Matty takes messages to different locations and is one of the only ones left that is able to travel safely through the forest.  But something is happening to the forest and town.  It is up to Matty to help figure out how to stop it.

The last book is Son.  The series wraps up in this book as you find out the back story to one of the characters of the first book and his mother.  In the novel, you are reminded of the power of a mother’s love, the longing to be known, and that evil must be defeated by good.
If you have a teenager, these books would be great to read together and talk about the different themes of each book.  I look forward to discussing The Giver with my student when he reads it last this year.

What have you read this past month?  What genre is your favorite right now?