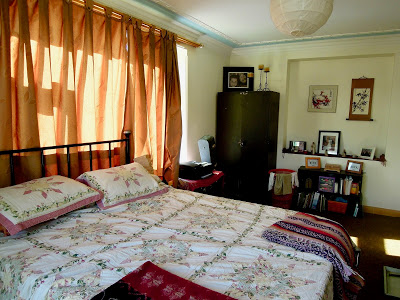 Remembering God’s Gifts in the Hard

Two years ago today, I woke up to a new day alone in a new apartment.  Less than a month before, we had dropped off our daughter at college and our son at boarding school.  Then we returned to Central Asia, packed up our belongings, and moved to a new city to be with a team which was both old and new to us.  A week later, my husband left for a two week business trip leaving me to figure out this new place and life alone.

That day was my birthday, and I was alone.  I could not remember a birthday where I had not been with my husband and kids, and I was dreading it.  Yet I would find out that I was not alone.  As I was getting ready for my day, I heard a knock on the door that lead down to the middle floor apartment.  On the other side of the door were three blond haired children with birthday cards and a special breakfast for me.  This Alabama Roll Tide-loving family was a gift that morning as they loved on me with their thoughtfulness and presence.  Sometimes God chooses to have us rest in His presence alone.  We are in a place where He wants to us to be with just Him.  Other times God uses His people to tell us we are not alone.  This morning, He chose this family to be there and to show His love.

As the day continued, our team loved on me with lots of sugar, thoughtful words and gifts, and just being there.   My day ended with dinner with friends that we learned language with.  One of the daughters was wearing a headband since I usually wore on.  In her card, she made sure in her picture of me, my headband was present.  It was in that simple supper with a homemade pencil holder as a gift that I again experienced God’s gift of friendship.  Even though I was not with my family, I was with a team that became like family over the course of that fall.  Even though that day was not without tears, I was not alone any minute of that day.

Looking back on our time in that city, it was one of our hardest seasons but in many ways one of our best.  Hard can bring out the best or worst in people.  I would say that overall the hard brought out the best in our team.  God was working in us as we were challenged to endure, to learn how to handle difficult relationships, and to have hope when some days it felt like we had none.  Would we leave tomorrow? What did the future hold?  It was in this place that people stepped up to fill in the gaps and found strength they didn’t know they had.  We learned living so closely together wasn’t always easy, but we found grace.  Life was messy at times but it was real and deep down love for each other grew.  That fall we had a lot of why questions.  The main one being why we did not have flight permissions.

This past month, I studying the boo of Job with the First 5 app from Proverbs 31 ministries.   Job also had a lot of why questions.  Hi biggest why was why was he suffering so much.  In chapters 38 and 39 of Job, God begins to respond to Job’s why’s by asking Job questions about creation and the creature that God had created.  As Wendy Blight points out in today’s devotional, God was trying to “shift Job’s focus and teach Job that the strength to persevere through his difficult season was not found in knowing the why but in knowing the WHO.”    Our team never found out the answer to our why question, but we did see God in his working in us, in the creation all around us, and in the team he gave us to work with. 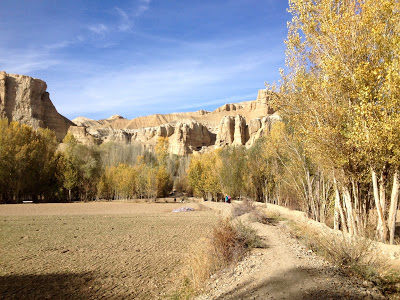 God’s gifts in that season came in growth, friendship, and even the beautiful surroundings where it was safe to take long walks.  But His greatest gift was letting us get to know Him and trust Him in the hard.  Now the team is scattered all over the world-Africa, Asia, America, and Europe.  Today I thank God for their presence on that day and other days that fall season.  I also pray for them as they serve God in their new places.  I pray that they will continue to be God’s presence to the people around them, but most of all, I pray that God’s presence will be known to them whether it is in the quiet spaces or through those God sends their way.

What gifts have you found in the hard places? Are you stuck on the why questions?  Is your focus on the why or the who? Truthfully, I think the who comes more after the fact than when you are in the midst of the hard.  So if you feel like you are stuck on the whys, just check out Job 38 and beyond.  You won’t get an answer to your why questions but you might get a glimpse of a God who was, who is, and who is to come.

I would love to hear in the comments what you are learning in the midst of your why’s.

2 thoughts on “Remembering God’s Gifts in the Hard”