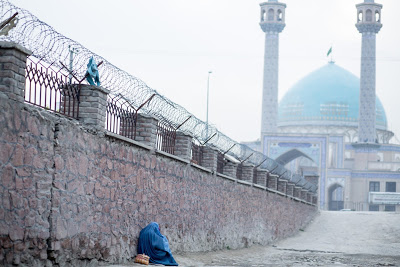 Rahab lived on top of the wall of Jericho.  It was like she was part of the city yet on the edge.  For some reason, God had his eye on Rahab.  He was wooing her.  She heard the stories of how God had taken care of the children of Israel-the parting of the Red Sea and the defeat of those kings on the other side of the Jordan.  These stories could have put fear into her heart.  Instead these stories planted hope.  Being a prostitute, Rahab lived behind two walls-one physical  and one of shame.  She longed for freedom.  She was looking for hope.


Enter the two spies.  God, in his perfect plan, led the two spies to Rahab’s house.  When the king’s soldiers came looking for them, Rahab hid them and lied to keep them safe.  Hebrews says that by faith, Rahab hid the spies and made a way for them escape.  In turn, God used this opportunity to offer Rahab hope.  She asked to be saved along with her family when Jericho was conquered.  The spies granted her request as long as she and her family were inside her house with the long scarlet cord draped out her window when the city is conquered.  This was the same scarlet cord that had let the spies down from her Rahab’s house to escape the city.


In her book, Fresh Out of Amazing, Stacey Thacker explains that the Hebrew word for cord is Tiqvah.  This word not only stands for cord but also for hope.  Rahab had hope.  Rahab hung onto hope.


We may not ever know the answer to these questions, but we can still learn from Rahab’s faith.  Rahab risked everything to follow God.  What if she had been caught hiding the spies?  What if the spies didn’t keep their promise?  She had no idea what her life would even be like after she was saved from destruction.  Would she be a slave?  How would she survive?  Looking back at history, it seems obvious that trusting God was the right choice.  But if it was the obvious choice, why weren’t others seeking God as she was.


Krista Williams on the First5 app say this about Rahab…

Rahab chooses to act on the truth of who God is rather than stay stuck in the truth about who she was.”

It would have been easy for Rahab to see her sin and think that God would not care about her.  She was a Canaanite, a prostitute, a nobody.  Somehow in the stories, she didn’t see just a God of judgement but a God of Hope, a God she wanted to know.  She found hope and didn’t let go of that hope.  Her story didn’t end there on the day she was saved from Jericho’s destruction.  She became a part of Israel, married Salmon and had a son named Boaz.  Rehab’s name is one of just a few women mentioned in Jesus’ genealogy in Matthew 1.

It would have also been easy for Rahab to look at her circumstances and be overwhelmed.  It would have been natural to feel hopeless.  Somehow, Rahab had hope.  She had faith in a God that she wanted to know.  A God who can part the waters.  If this God could do that, surely He could save her both physically and spiritually.  I am thankful that she set a example for us by her faith.


May I be like Rahab.  May I see the truth of who God is not matter how I see myself and no matter what my circumstances. May I hold onto hope and not fear.


By faith… may we live each day.